Household 6 (n.) – A military man’s wife/girlfriend. Sometimes keeps up with the arduous tasks of shining boots, picking up laundry, and shopping, but mostly just a strain on meager Department of Defense budgets, and the military husband. The name is derived from where said wife spends most of her time, and the number 6 is the designation for a commander of a Company/Troop, Battalion/Squadron, Brigade/Regiment, Division or Corps.

This is a term you hear quite frequently when associated with people in the military and it is a “title” I wear proudly. Well, ok maybe not the shining boots parts but that was just to help reference what it meant when people said HH6. With the title comes it’s downfalls though too. When you are with someone in the military no matter how much you try to separate work from home life the two frequently become entwined.

I remember the first time getting here to Fayetteville aka Fayettenam and Pat was coming home at a pretty normal time each night. I started to get spoiled. Then 2 weeks later I find out he is going to “the field”. Oh great….I have just moved to a town where I literally don’t know a soul but him and now he is leaving for 5 days. Fantastic. I literally slept with a shot gun on one side of the bed and a baseball bat on the other. Course the shot gun is almost as tall as I am so that is pretty much useless to me. Any little noise in the night and I was wide eyed ready to attack. Until I started working my days dragged on and on. I started watching cooking shows. Lots of cooking shows. I discovered this one back from the 70s called the Galloping Gourmet. One of the corniest show ever, but it made me laugh. went to Wal-Mart more times then I feel comfortable admitting. Then there were some days I didn’t even get out of my pajamas.

The “lingo” is a whole different story. I would sit and listen to conversions the guys would have and I swear they wouldn’t say an actual word for 5 minutes. It’s all acronyms and codes. You don’t go grocery shopping, you go to the commissary.There’s a PX to shop at, they do PT, you have to be nice to their CO, the higher the BAH the better, the MOS is what they do, and so on. Is your head spinning cause trust me mine was and to some extent still is. I picked up a rubber band laying on the coffee table a few weeks ago and Pat said, “oh yeah that’s a retainer.” I’m looking at him going “No, a retainer is something you wear after braces, not this stretchy thing made out of rubber.” Then there’s the dreaded question “What does Pat do?” Que the deer in the headlight look. I try to keep up and figure that out I really do, but I still can’t tell you. He gets up goes to work (periodically jumps out of a perfectly good plane) and comes home.

When Pat had been gone to JRTC during October and I talked to him a grand total of 3 times for maybe about 5 minutes each. Couple of the girls that I had been spending time with laughed and “Hell hath no furry like a woman going through JRTC.” This was the longest time we had talked so little. I started to find myself getting really aggravated at the littlest things. Not to mention anything that could go wrong literally did. Walking into a house with the power cut off because I thought he paid the bill, two flat tires etc.

I am very proud of what he does and it is so inspiring to see someone have such a passion for their job. I am constantly reminded of how many people here are affected by the military.  The military really puts you on a different level. If people aren’t in it they don’t get it. It’s not their fault, but it is very hard to help them understand. 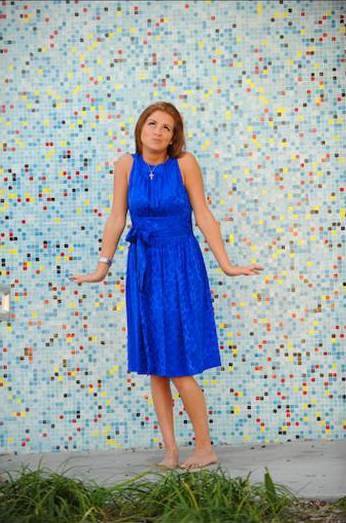